What I Learned from Balanchine:
The Diary of a Choreographer By Gloria Contreras 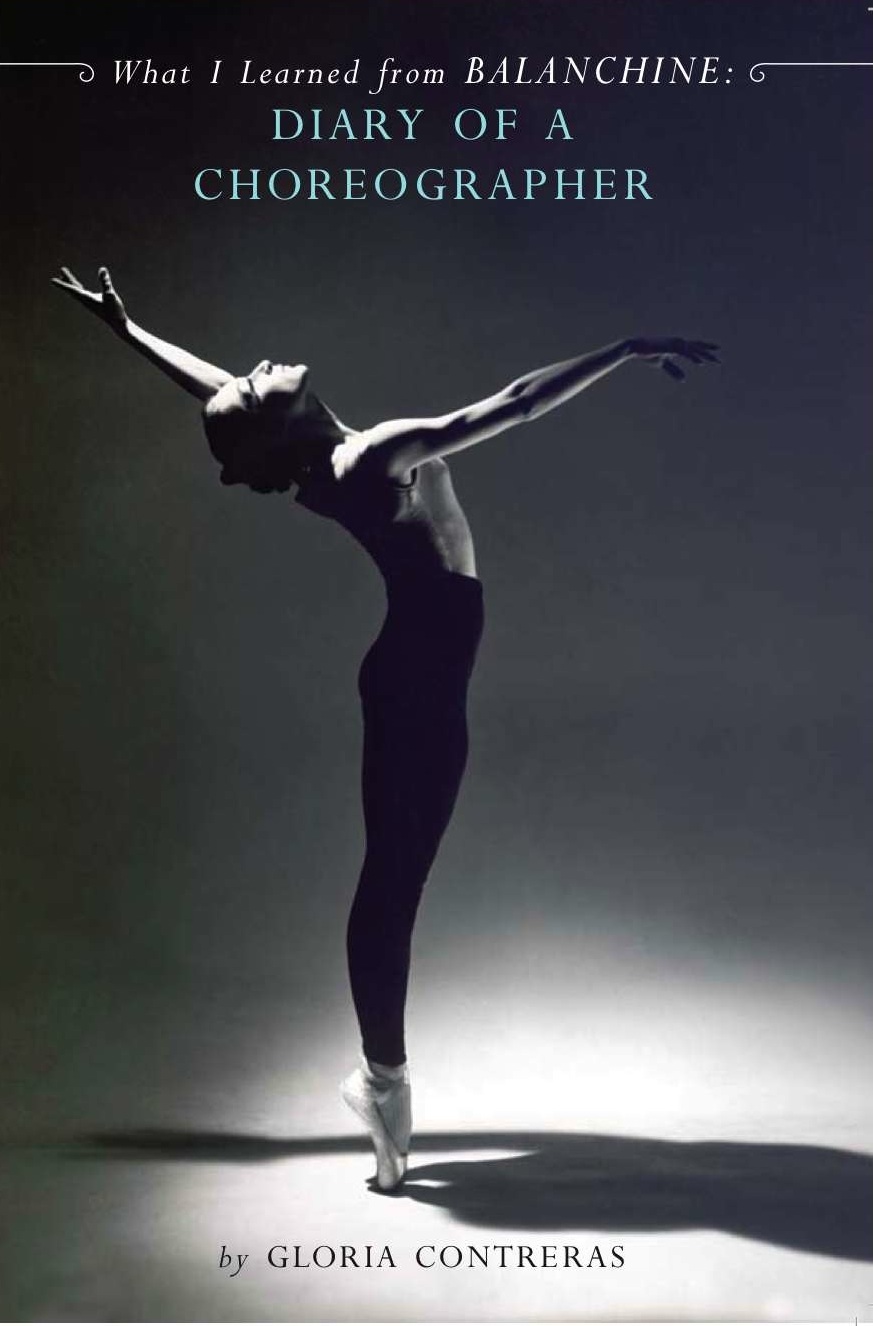 This book consists of a diary in which Contreras recounts her
experiences as a student of George Balanchine from 1958 to
1959; and includes an afterword as well as an index of names
and photos of the author and other dancers performing her
ballets. The diary, published during the 50th anniversary of
Contreras’s signature ballet, Huapango, underscores Balanchine’s
seminal role in the author’s early development as a
choreographer in addition to exploring her life as a dancer in
New York. It provides glimpses of various icons of ballet and
modern dance—among them Alicia Alonso, Martha Graham,
and Lincoln Kirstein—and offers a snapshot of the New York
dance world in the late 1950s.
At once a record of Contreras’s struggle to belong to the
classical ballet world and the genesis of her achievement as
Mexico’s leading choreographer of classical dance, What I
Learned From Balanchine presents the challenges, joys, and
dreams of a young artist coming of age. It offers a glimpse of the
New York dance world of the late 1950s and stands as
anhomage to one of the greatest choreographers of our time.

Gloria Contreras is founder and director of Mexico’s
preeminent ballet company, the Taller Coreográfico de la
UNAM (National Autonomous University of Mexico).
In 1957, Contreras moved from Mexico City to
New York, where she studied at the School of American
Ballet and became a disciple of George Balanchine, the
renowned choreographer and co-founder of the New York
City Ballet. During her New York period (1958-70), she
created her first works—El mercado, Huapango, The Wise
and Foolish Virgins, Ocho por radio, and Vitálitas. She
went on to found the Gloria Contreras Dance Company
and, also choreographed for the NYCB and other
companies in the U. S. and abroad.
Contreras’s pieces were reviewed by critics such as
Clive Barnes for The New York Times, who, when he
viewed the Joffrey Ballet’s performance of Huapango in
1966, lauded the piece for its “tequila-like potency,”
adding that “Miss Contreras, using just four dancers in
simple leotards, no scenery and no story, manages to keep
her dancers joyously afloat. . . just the four of them
[manage] to fill out the large City Center stage.”
Contreras and her work have been covered in other
publications including Dance and The Los Angeles Times.
Upon returning to Mexico in 1970, Contreras
founded the Taller Coreográfico in Mexico City, which
she directs to the present day. The recipient of numerous
awards and honors in her native country as well as abroad,
including in Europe and Russia,
Contreras was inducted into the Art Academy of Mexico
in 2003.
Gloria Contreras’s What I Learned from
Balanchine is published in the Books in Translation
by