Vito Tanzi
Argentina. How one of the richest countries in the world lost its wealth: an Economic Chronicle 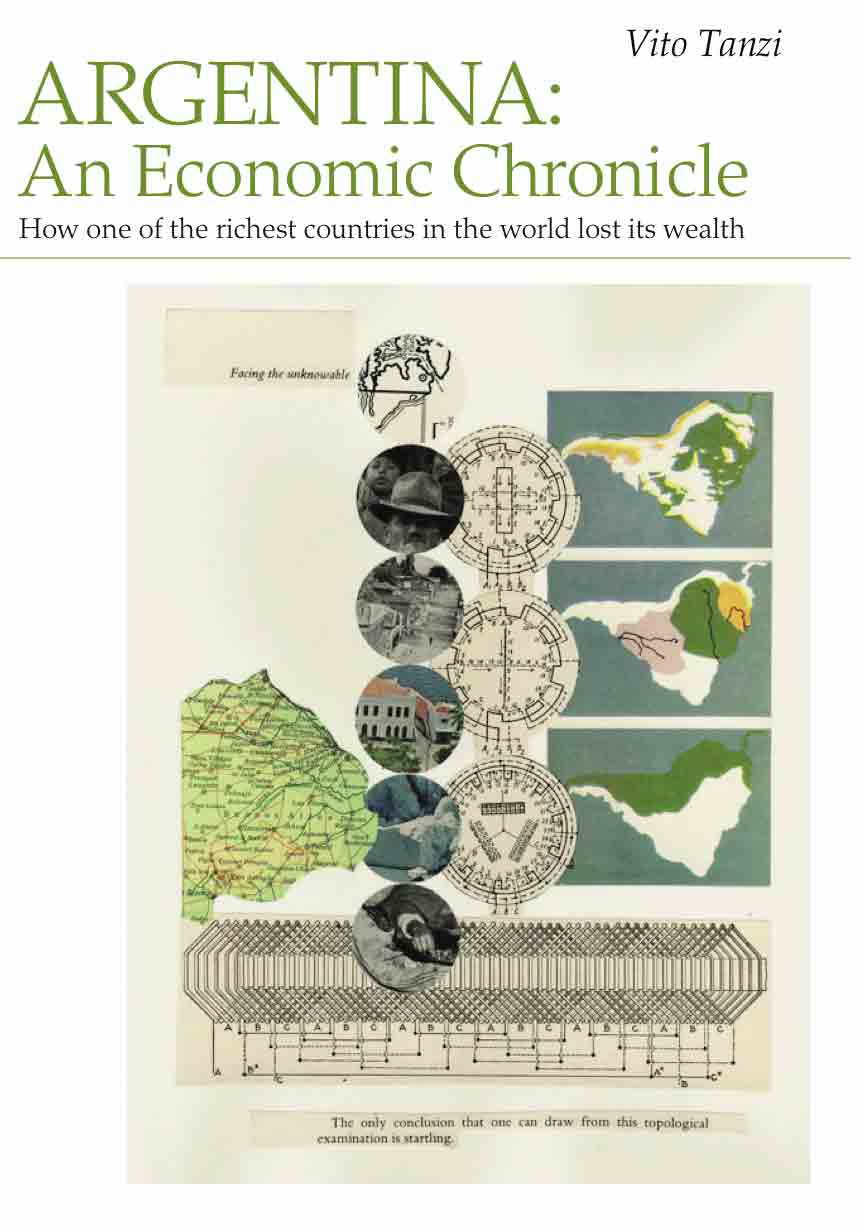 Argentina: How one of the richest countries in the world lost its wealth: an Economic Chronicle. By Vito Tanzi

"Argentina started the 20th Century as one of the richest ten country in the world. For a while its economic position in the world was comparable to that of, say, Germany today. It had a per capita income much higher than that of Japan and Italy and comparable to that of France. However, it ended the century on the eve of the largest default in history.

How did this dramatic change come about? In this unusual book, not based on library research but mostly on first hand and direct observations, the author takes the reader through a fascinating ride through time. The reader is introduced to the concept of fiscal cycles and the economic landscape of this fascinating country. The book is written in a style that will make it accessible and interesting to a general reader."

Vito Tanzi has done it again. This book combines an intriguing prose, full of anecdotes and rich personal memoirs of Vito's many trips to Argentina, with serious economic analysis from a first class economist. …Vito has come to understand very well Argentina's idiosyncrasy, institutions and the nature of the protracted fiscal problems, and explains how these have lead over time to major macroeconomic volatility, stagnation, and repeated crises. This book is particularly useful for the general public …

Vito Tanzi [book] is an invaluable document … of the dramatic fall of Argentina as the leading Latin American economy. …[show] .. the complicity of the IMF and of Argentine policy makers in the design of the disastrous fiscal policies that led to its huge debt default … It should be required reading for policy makers and for all those who love that wonderful country …

Explaining the reversals of economic fortunes in Argentina during the 20th is a challenge for economists and social observers in general. After being one of most dynamic and vibrant economies in the late 19th century and early 20th century, …, the country started to travel a road of economic instability, stagnant and erratic growth and collapse of democracy. In this new and lucid book Vito Tanzi, drawing on 40 years of direct personal knowledge and field experience with Argentina, ….This book, … is a must reading for anyone interested in understanding the Argentina of today and yesterday. Highly recommended.

Tanzi helps us understand the Argentinean crisis, but also this unique country. This is not a book written only for economists.

"For 27 years, Vito Tanzi was a senior staff member of the International Monetary Fund. He was the director of the Fiscal Affairs Department of the IMF. He also was as Undersecretary for Economy and Finance in the Italian Government. A professional economist with a PhD from Harvard, he is considered a leading expert in fiscal policy. The author of many books and hundreds of articles in professional journals, he has given a named "effect" to economics, the "Tanzi Effect". He has been a consultant to many international organizations including the United Nations, the World Bank, the European Commission, the European Central Bank, and the

In 1994 he was President of the International Institute of Public Finance of which he is now Honorary President.