Memory & Dread Or The Memory of Childhood
By Nestor Braunstein 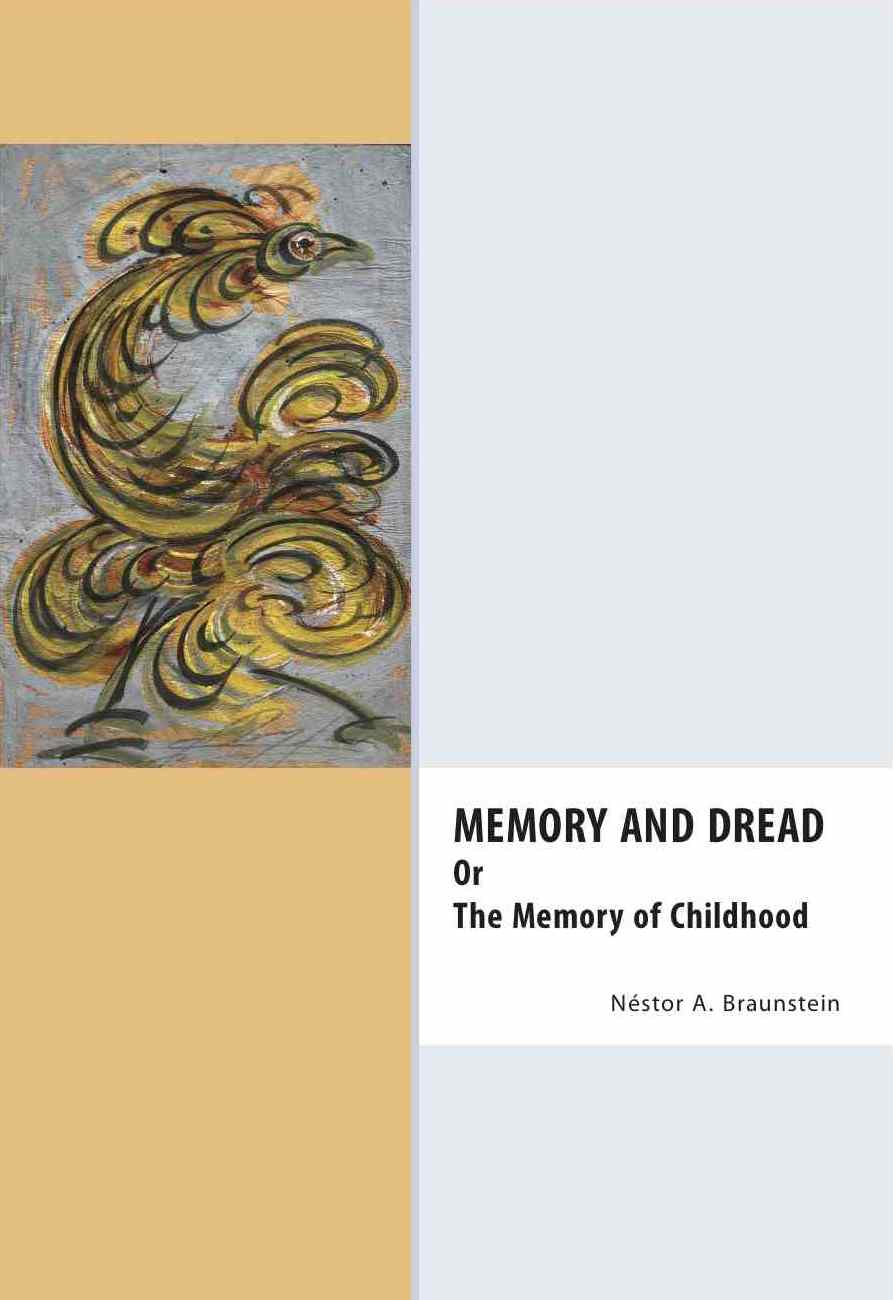 B&N and other on-line bookstores.

Julio Cortázar once stated, with the security of one promulgating a law, “Memory starts with dread”.  Following that clue the author finds the traces of that banal and terrible “first recollection” not only in the work of this Argentine novelist but also in Freud’s entire theory of psychoanalysis; in certain sonnets of Shakespeare and Sor Juana; in Borges’ whole literary output; in Jean Piaget’s “genetic epistemology”; in the plan of “living to tell the tale” of writers like Gabriel Garcia Márquez, Elias Canetti, Georges Perec, Vladimir Nabokov, Michel Leiris; in the painful encounters with the mirror recounted by prominent women writers; in the history of the development of the suspicious literary genre known as “autobiography”. He invites his reader to travel through this book as if on a safari hunting for first memories –her/his own included. This is the English version of the first volume of a trilogy on memory.

Néstor A. Braunstein is an Argentine M.D. and psychoanalyst who lives in Mexico and teaches psychoanalysis in Graduate Departments of several Amarican and European Universities. He pioneered the introduction of  the teachings of Lacan in Mexico. His book on Jouissance (a Lacanian Concept) is considered as an essential reference and has been translated into different languages.