A True Story
By Miguel Barnet 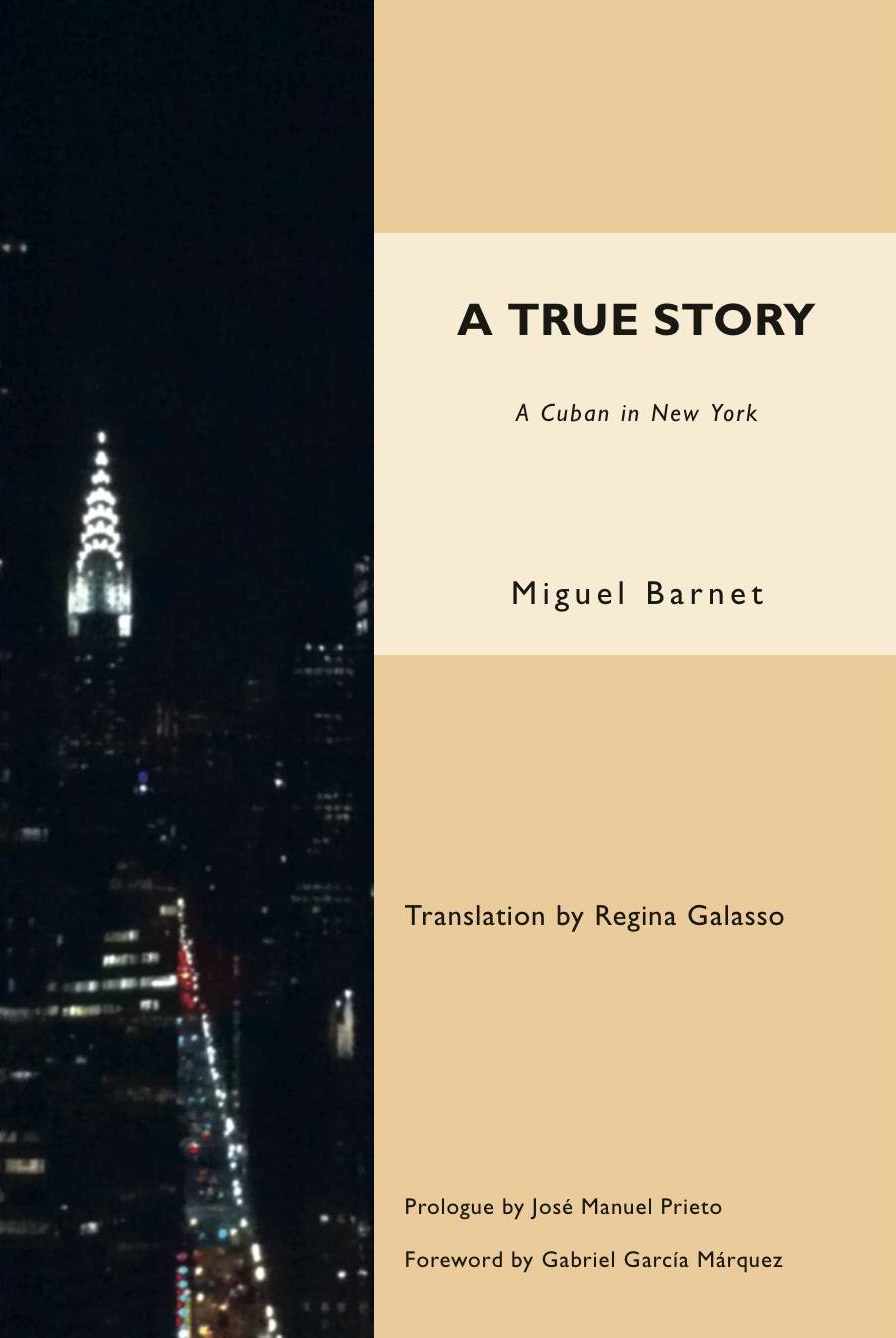 Miguel Barnet’s A True Story is based on the life of Julián Mesa, a Cuban living in New York City. The novel spans the years between the 1930s to the 1980s as the protagonist moves from Cuba to the US. Throughout the novel Julián, a building supervisor in the Chelsea neighborhood of Manhattan, recounts his life beginning with his early childhood years in the Cuban countryside and ending on the brink of tears as he dreams about an island which he dreams of seeing again. His account tells of the brutal work of the Cuban peasant in the sugarcane fields as well as the oppressive unemployment situation in Havana during the 1930s and 40s. Arriving in New York before the triumph of the Revolution in search of better opportunities, Julián struggles to keep Cuba alive within him through language, newspapers, social clubs, radio, and letters. A True Story highlights the Hispanic community in New York, especially the close relationships between Cubans and Puerto Ricans, and acknowledges the important events that took place in this city which are fundamental to the history of Cuba. Barnet brings to life the voice of a man with a deeply broken heart that would otherwise be silenced.

“[A True Story makes us] think about The Old Man and the Sea: a magnificent voyage, dignity where there isn’t any, tenderness and resignation, struggle and memories of a lost world. All of that to return to any port with a victory in which everything has been lost.”

"In La vida real, Barnet confronts the dilemma of the Latin America
immigrant in the United States not from the standpoint of politics,
rather, from the perspective of what is universal and human regardless
of political and cultural divisions."

Miguel Barnet is a major novelist, poet, and ethnographer living in Havana. He is best known for his testimonial novels. His work is widely read throughout Cuba and abroad and has been translated into numerous languages. He has received many awards including a John Simon Guggenheim Fellowship.

Regina Galasso is a professor of Spanish language and literature at The City University of New York.